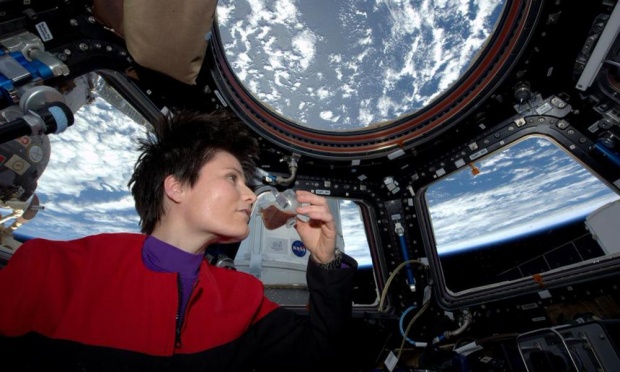 On November 24th, 2014, Samantha Cristoforetti became the first Italian woman astronaut to enter outer space. On May 3rd, the 38-year-old made history again - this time for brewing the first cup of espresso at the International Space Station! Prior to this, astronauts were resigned to getting their caffeine rush from instant coffee slurped from a pouch through a straw.

To mark the historic occasion, Samantha donned a Star-Trek shirt and posted a selfie on Twitter, with this Star-Trek inspired tweet: 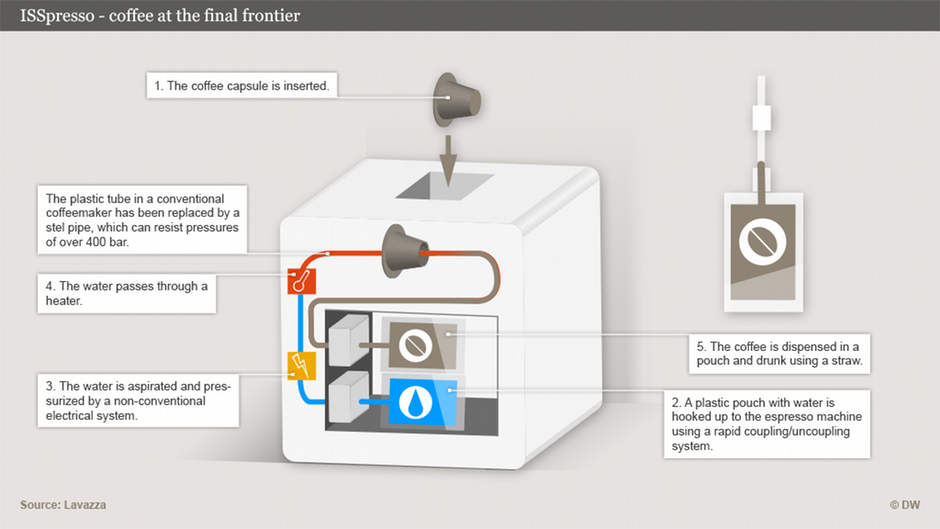 While making coffee may not appear like a big deal, it is at the ISS. That's because a good cup of espresso requires water to be heated to a scalding 94°C temperature and then passed through ground coffee under high pressure. This is easy to do on earth. When a barista passes the hot water through the coffee, he/she knows that gravity will force the brewed liquid in one direction - down! Under zero-G conditions, the coffee would spurt in any direction, putting both astronauts and sensitive space instruments at risk.

The espresso machine delivered to the ISS in the wee hours of Monday morning by Space X's Dragon capsule appears to have solved the problem. Built entirely of steel, the 44-lb machine uses a state-of-the-art capsule system to withstand the pressure required to make coffee in zero gravity. Once ready, the coffee is transported into a small bag to avoid spillage. The astronauts sip their coffee similar to how we sip soda - using a straw. 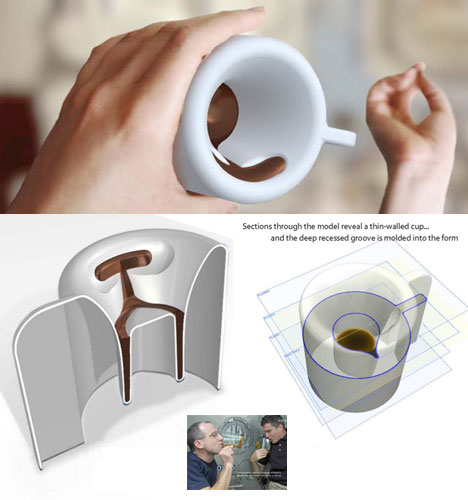 For those (like Cristoforetti) that think that drinking espresso from a pouch is just not right, there is the "zero-G cup." Made using a 3D printer, its clever design uses the liquid's surface tension to prevent it from flying out.

In addition to making the perfect cup of espresso, the ISSpresso can also be used to make tea, soup and other hot beverages. The one thing it can't make is cappuccino. That's because that involves frothing milk using steam and then separating the foam from the liquid. On earth, it happens automatically due to gravity. However in zero-G conditions, the foam would have to be separated manually and then placed back atop the coffee. So far, no one has figured out how do that. 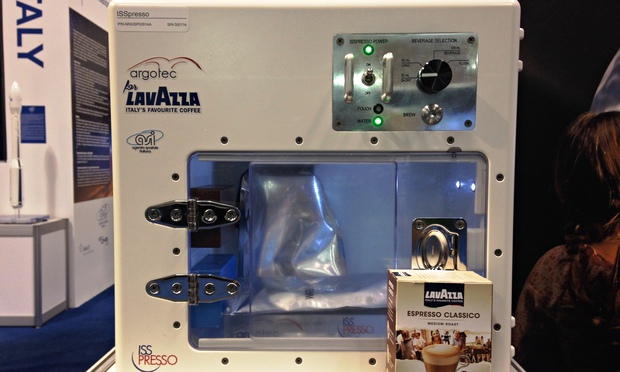 The zero-gravity coffee machine that resembles a microwave is the result of a collaboration between Argotec Engineering and Lavazza Coffee. The Turin-based firms say they first got the idea in 2012, when Italian astronaut Luca Parmitano lamented about the lack of Italian espresso in Space. It is no wonder that NASA scientists are calling the ISSpresso a "taste of home!"

Can you think of one other thing that we take for granted on earth, but...