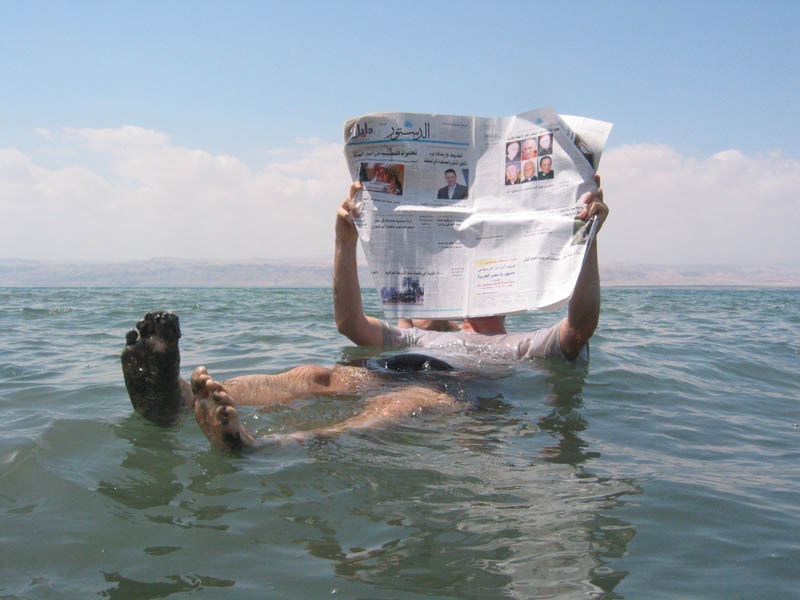 Though there are numerous saltwater lakes around the world, none can compare to the Dead Sea. Located between Israel, Jordan and the Palestinian territories in the Middle East, the water of this landlocked lake boasts salt levels almost ten times that of oceans. The unusual salinity can be attributed to the fact that there is no outlet for the minerals to leave, causing them to accumulate. The same is not true of the water level, which remains constant due an almost even inflow from the Jordan River and loss through evaporation.

While the high salinity is deadly for marine and plant life, it is perfectly safe and even therapeutic for humans, not to mention fun. That's because the higher density salt water helps increase buoyancy allowing visitors to float atop and relax. It is no wonder that the area is a popular tourist destination. 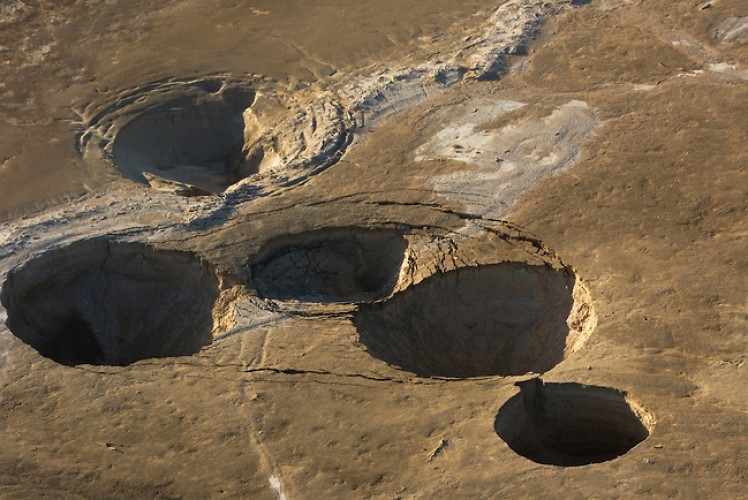 However, that may soon be a thing of the past, thanks to the massive sinkholes that are engulfing the lake's shores. Geologists report that the region is currently home to over 3,000 sinkholes, some as much as 80 ft. deep and the numbers are increasing daily. The reason behind this irreversible dangerous phenomenon is the Dead Sea's ever decreasing level of water.

Until the 1960's the Jordan River annually dumped about 450 billion gallons of water into the Dead Sea. Today it brings only a fraction of that. That's because, Israel, Jordan, and Syria have been rerouting large amounts for drinking and agricultural use. To make matters worse, local mining companies regularly pump out water from the already depleted lake to extract minerals that are used to make fertilizers and other products. 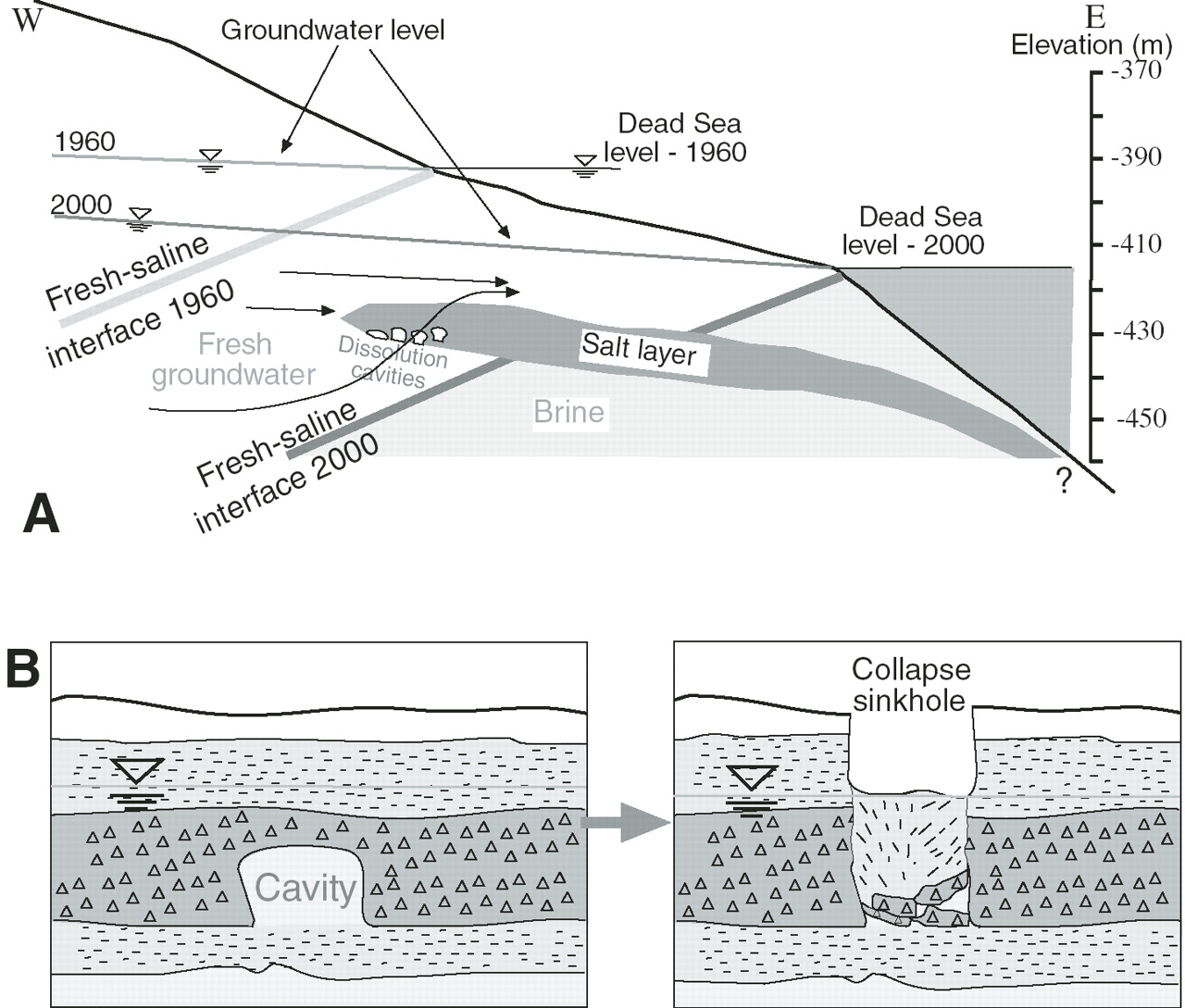 As the Dead Sea shrinks, large amounts of sediments and large deposits of salt are collected along the shore. When these minerals come in contact with fresh groundwater from rainfall or runoff from the mountains, it causes them to dissolve. As the salt melts away, it leaves behind large empty spaces beneath the surface. Eventually, there is not enough material left and without warning, the ground collapses, resulting in what we call sinkholes.

Though the most logical solution to stabilize the situation would be to allow the Jordan River to flow freely into the Dead Sea again, that is not possible given the water needs of the locals. Hence, Jordan, Israel, and the Palestinian territories have devised an alternate plan. Called the Red Sea-Dead Sea conduit, the 180-kilometer long pipeline will pump two billion cubic meters of water from the Gulf of Aqaba on the Red Sea to the Dead Sea. Along the way, some of the water will be desalinated for human consumption and also used to produce hydroelectric power.

Though the project that is expected to cost $10 billion USD sounds feasible, the environmental impact of mixing water from different habitats is unknown. Opponents of the plan are concerned that it may tip the delicate balance of nature and result in even worse issues. Hopefully, they will be able to come up with a solution soon so that this unusual natural creation does not disappear altogether.

If you were a geologist what might you try to solve this problem?