Share to Microsoft Teams
Share by Email
Follow Book
Get Embed Code
View Comments21
Xander Miyamoto would rather do almost anything than listen to his sixth grade teacher, Mr. Stedman, drone on about weather disasters happening around the globe. If Xander could do stuff he's good at instead, like draw comics and create computer programs, and if Lovey would stop harassing him for being half Asian, he might not be counting the minutes until the dismissal bell.

When spring break begins at last, Xander plans to spend it playing computer games with his best friend, Peyton. Xander's father briefly distracts him with a comic book about some samurai warrior that pops out of a peach pit. Xander tosses it aside, but Peyton finds it more interesting.

Little does either boy know that the comic is a warning. They are about to be thrust into the biggest adventure of their lives-a journey wilder than any Xander has ever imagined, full of weird monsters even worse than Lovey. To win at this deadly serious game they will have to rely on their wits, courage, faith, and especially, each other. Maybe Xander should have listened to Mr Stedman about the weather after all. . . .
Praise for Xander and the Lost Island of Monsters:
"With phantasmagorical environments, flying white rats, a fire-breathing bird, a giant, a snow demon, and other creepy things, there is abundant action. This retelling of a Japanese folktale celebrates courage, friendship, and pride of heritage, while featuring unforgettable characters and leaving readers eager for the next installment in this new series." -Booklist


"A breathless retelling of the Japanese legend of Momotaro, this is an Asian version of Percy Jackson; adventure fans will be waiting for more." -Kirkus
"Though the story of Momotaro is familiar to every Japanese child, Dilloway seamlessly weaves necessary background information into the fast, action-filled plot. Xander, a Japanese American boy, hardly knows the legend himself, so readers learn along with him. Xander's candid and straightforward first-person narration will instantly resonate with middle grade readers, as will his story's themes of self-acceptance and friendship. Yoon's comic-style illustrations evoke Xander's talent for drawing and bring welcome visual interest for reluctant readers. This fast-paced fantasy adventure with a foundation in Japanese culture is perfect for fans of Percy Jackson." -School Library Journal
Hardcover, 320 pages
Published on April 5, 2016 by Disney-Hyperion
ISBN-10: 1484724879
ISBN-13: 9781484724873

waterlily1255
has read and reviewed 63 books.

inventor60
has read and reviewed 63 books.

strawberry1234
has read and reviewed 62 books. 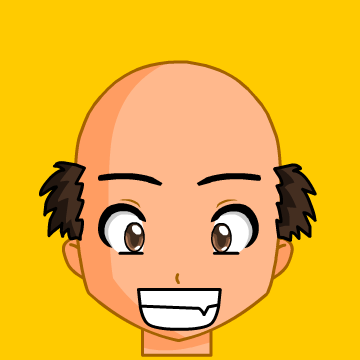 memoiloveit
has read and reviewed 59 books.

snicker9
has read and reviewed 48 books.

catface173
has read and reviewed 47 books.

awesomeguy2000
has read and reviewed 40 books.

sushi321
has read and reviewed 39 books.