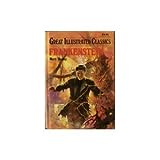 Share to Microsoft Teams
Share by Email
Follow Book
Get Embed Code
View Comments5
The story of Victor Frankenstein, a young scientist who creates a hideous, sapient creature in an unorthodox scientific experiment. Frankenstein is written in the form of a frame story that starts with Captain Robert Walton writing letters to his sister. It takes place at an unspecified time in the 18th century, as the letters' dates are given as "17—". In the story following the letters by Walton, the reader finds that Victor Frankenstein creates a monster that brings tragedy to his life. Frankenstein is infused with elements of the Gothic novel and the Romantic movement. It is also an early example of science fiction. This edition features an introduction and preface by the author, Mary W. Shelley, as well as annotations in the form of an afterword by Lucy Madox Rossetti.
Hardcover, 240 pages
Published on June 1, 1993 by Abdo Pub Co
ISBN-10: 0866119817
ISBN-13: 9780866119818

Where the Red Fern Grows3 reviews
4.

Harry Potter and the Order of the Phoenix2 reviews