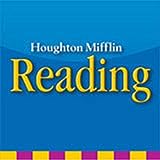 Share to Microsoft Teams
Share by Email
Follow Book
View Comments13
In September 1949, Peg collapses at her school in Austin, Minnesota . She goes home with a high fever, and around midnight, she starts to vomit. Her parents take her to the hospital where she is diagnosed with three different kinds of polio. She spends a little time at Sheltering Arms before she is transferred to University Hospital because she needs a respirator. Peg is placed under an oxygen tent to help her breathe a little easier. After a few days, she is allowed to move out of isolation but all of the things in her room are burned because they may contain the virus. Her new room has a roommate named Tommy who is put into an iron lung. Peg reads to him when she's feeling better, and they listen to The Lone Ranger. Every day, she changes the hot pack part of the Kenny treatment to hot baths instead. After she starts to recover, the so-called Mrs. Crab does the stretching exercises. After Peg improves, she is moved back to the Sheltering Arms hospital where she rooms with four other girls who have polio, Dorothy, Shirley, Alice and Renee. The girls all partake in the Christmas program, where Peg is able to walk with a boy to the stage.
Paperback, 184 pages
Published on September 15, 2000 by HOUGHTON MIFFLIN
ISBN-10: 0618062742
ISBN-13: 9780618062744

You Have to Stop This (The Secret Series)
4.