Share to Microsoft Teams
Share by Email
Follow Book
Get Embed Code
View Comments11
Marinette is the sweetest girl in Paris. With a big crush on a boy at school, a big dream of becoming a fashion designer, and a big problem with being totally awkward, she's just your average teenage girl, right? Did we mention she's also the crime fighting superhero, Ladybug?

Becoming Ladybug is a complicated process! First, Marinette needs a "Kwami," which is a tiny magical assistant (hers is named Tikki). She also needs a "Miraculous," which is a magical accessory (hers is a pair of earrings). Tikki uses the Miraculous to transform Marinette. But her Ladybug super powers only work for a limited time!

When Hawk Moth uses his mind-controlling, moth-like creatures called akuma to turn people into baddies, it's up to Ladybug to capture them and save the day! Well, she gets a little help from her superhero friend, Cat Noir… but she insists she doesn't need him. If only she knew Cat Noir's true identity – her crush, Adrien! Will Ladybug and Cat Noir be able to balance their double lives and keep Paris safe?

The Thing About Jellyfish1 reviews
4. 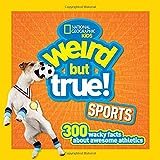