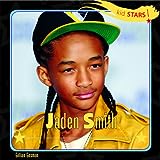 Share to Microsoft Teams
Share by Email
Follow Book
Get Embed Code
View Comments0
Jaden Smith is a second-generation star who comes from some pretty famous parents. He made his film dbut starring alongside his father, Will Smith, at the tender age of eight. This launched his acting career, and today Smith is both a talented actor as well as a rapper and song writer. This high-interest volume shows readers Smiths love of performance as well as the strong family ties that support this young star.
Paperback, 24 pages
Published on January 15, 2012 by Powerkids Pr
ISBN-10: 1448863414
ISBN-13: 9781448863419

They All Saw a Cat4 reviews
4.