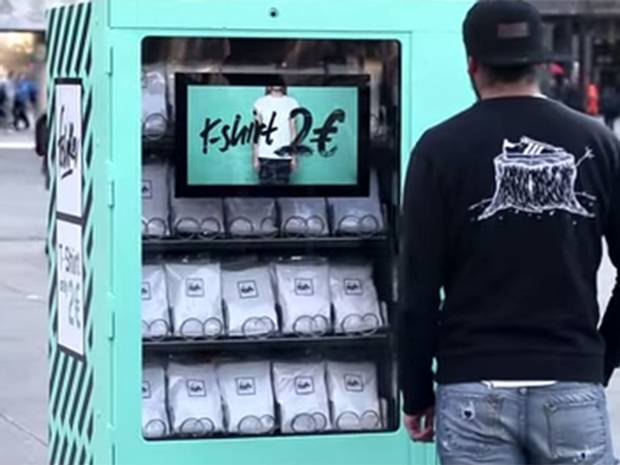 How often have you walked out from your favorite store with a great sense of accomplishment for snagging an incredible pair of jeans or a gorgeous dress for next to "nothing?" However, would you feel as smug if you knew that the person who made it works in an unsafe environment and gets paid next to "nothing?" This was what the folks at advocacy group Fashion Revolution recently decided to put to test in Berlin, Germany.

On April 23rd, some luck city residents encountered a bright turquoise pop-up vending machine with a sign that we all love to see - beautiful t-shirts for a mere 2 Euros ( $1.40 USD)! Not surprisingly, many flocked over to claim the bargain before it was gone. 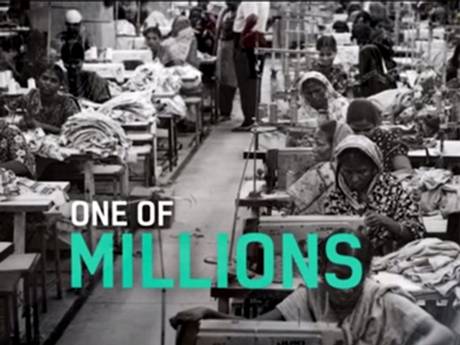 When customers inserted their money, they were asked to select the color and the size they wished to purchase. But as they waited for the awesome t-shirt to drop, they experienced something unusual - images of the women and children that spend up to 16 hours a day making the cheap clothing inside overcrowded derelict warehouses. What's worse is that despite working this hard work they barely make enough money to live on. 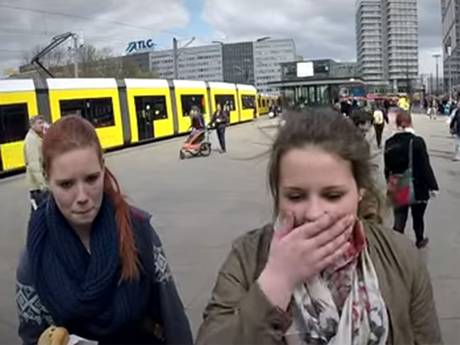 Once the buyers had been educated about who made their cheap clothing, they were given the choice to go ahead with their purchase or donate the money to a charity dedicated to improving the life of contract workers in developing countries. Not surprisingly, 90% of the shoppers chose to donate. This just proved what Fashion Revolution has always believed - if people are made aware of the true cost of cheap fast fashion, they will re-think their purchases. The group is of course not trying to dissuade consumers from buying. They just want them to be aware of the entire supply chain and support Fashion Revolution's mission to hold manufacturers accountable for the poor working conditions and low wages. 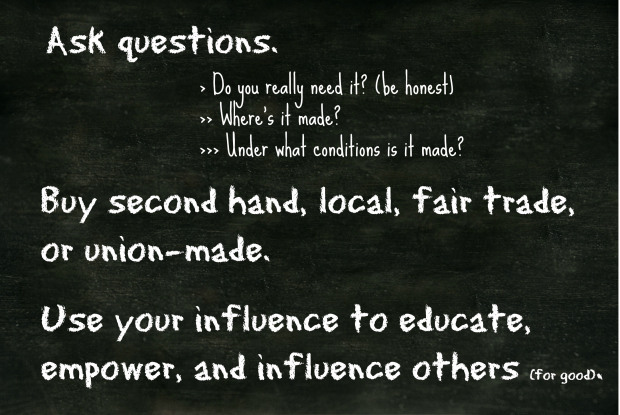 The advocacy group made up of industry leaders, campaigners, press, and academics, was formed two years ago after a factory in Bangladesh collapsed, killing the 1,100 workers contracted to make clothing for western manufacturers. The group commemorates the tragic day with a Fashion Revolution Day. In addition to staging stunts like the the pop-up vending machine in Berlin , they also ask consumers to take photos of clothing with label displayed and post them on social media sites with the question "Who made my clothes?"

The Hostile Hospital (A Series of Unfortunate Events #8)2 reviews
5.

Would you be willing to pay higher prices if you knew that it benefits...