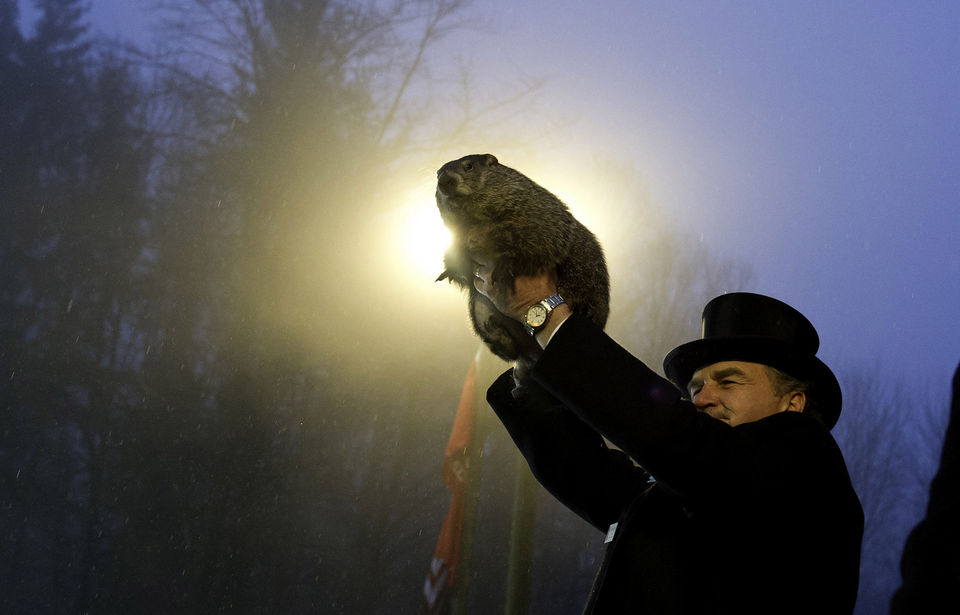 February 2nd was Groundhog Day. This meant that woodchucks (and other animals) all across North America revealed their predictions about the length of this year's winter. Among them were legendary weather forecaster Punxsutawney Phil and rising superstar, Staten Island Chuck.

As is the annual tradition, Punxsutawney's most famous resident was pulled out from his burrow in Gobbler's Nob early in the morning by two handlers dressed in tuxedos and top hats. With over twenty thousand people waiting in anticipation, the groundhog carefully surveyed his surroundings before declaring (via spokesperson Bill Deely):

"Forecasts abound on the Internet, but I, Punxsy Phil, am still your best bet. Yes, a shadow I see...You can start the Twitter hashtag #sixmoreweeksofwinter." 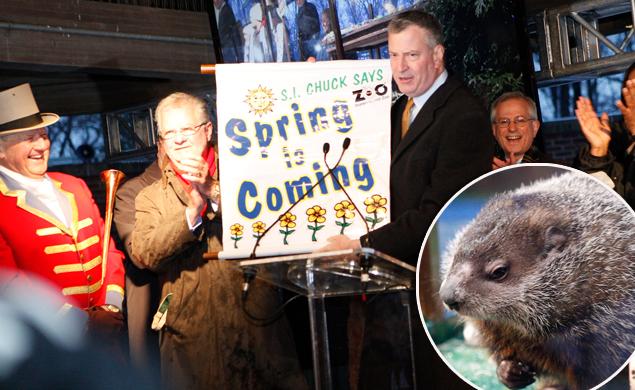 Fortunately for those that are still recovering from the recent winter storms, his New York rival did not concur. The Staten Island Zoo resident who made his prediction perched atop a special "Chuck-a-vator," that lifted him high inside his glass cage, is positive that spring is around the corner. Ohio's Buckeye Chuck agreed but given that he has been predicting that since he started five years ago, many believe he is just an optimist. The reports from New Jersey's three furry predictors were mixed. Two agreed with Phil, while one-sided with Chuck.

So which one of the famous woodchucks is right? Depends on who you ask. Human weather experts are a little skeptical of Phil's predicting prowess. They assert that he has been accurate only about 44% of the time during his long career, However, the folks at Punxsutawney, PA, beg to differ. They maintain that Phil has never been wrong. Of course given that the woodchuck was sued for his wrong early spring prediction just two years ago, proves that they may be a little biased.

On the other hand, Staten Island Chuck's 80% accuracy rate has rarely been questioned, which means that he could be right or . . . wrong? The truth will be revealed on March 20th, the first official day of spring! 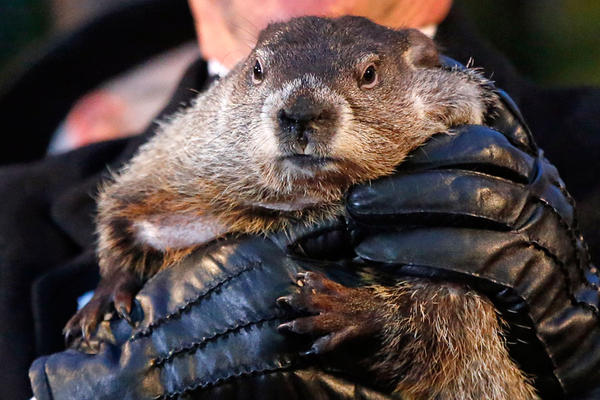 Groundhog day was started in Pennsylvania by German settlers sometime in the 18th century. Today the day is celebrated all over the country on February 2nd. Though there are now many weather-predicting groundhogs and even an armadillo (in Texas), Punxsutawney Phil remains the most famous and most experienced. According to local folklore, the 128-year-old woodchuck, kept alive by a magic potion, has been predicting the length of the winter for over 113 years! The little critter is also known internationally, thanks to his role in the 1993 movie, 'Groundhog Day'.

Also known as woodchucks, land beavers or whistle pigs, Groundhogs are the largest members of the squirrel family. They grow between 17-26 inches in length and can weigh up to 4lbs. With the exceptions of Phil, these primarily herbivorous animals have a lifespan of 6-8 years in the wild.

A Bad Case Of Stripes13 reviews
2.