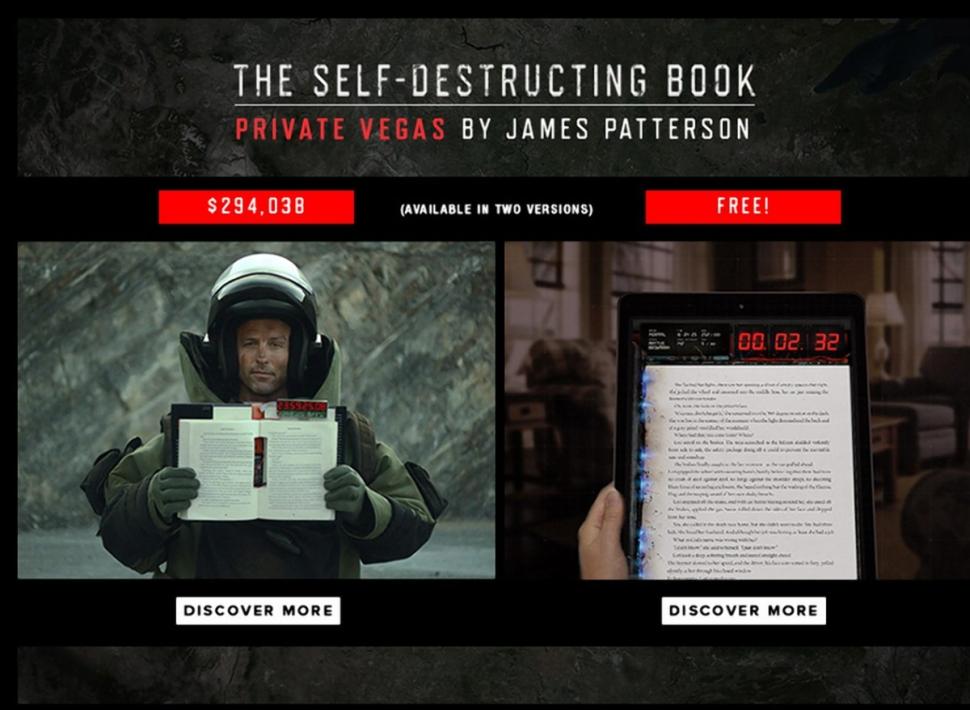 With between 600,000 and a million books being published or self-published just in America each year, it is getting increasingly hard for writers to get their books noticed. Most stick to old-fashioned tactics like book tours that allow them to connect with their existing readers and attract new ones. However, there are a few that pull some brilliant marketing stunts to get their publications noticed.

The latest one making headlines is none other than world-famous best-selling author James Patterson. To publicize his latest release Private Vegas, the writer who is known for his heart-stopping thrillers teamed up with advertising agency Mother New York, and came up with a radical idea - creating a book that has a built-in clock counting down from 24 hours. Once the time is up, the book self destructs. This means that the reader has to either finish it in the allotted time or live his/her life in perpetual suspense. 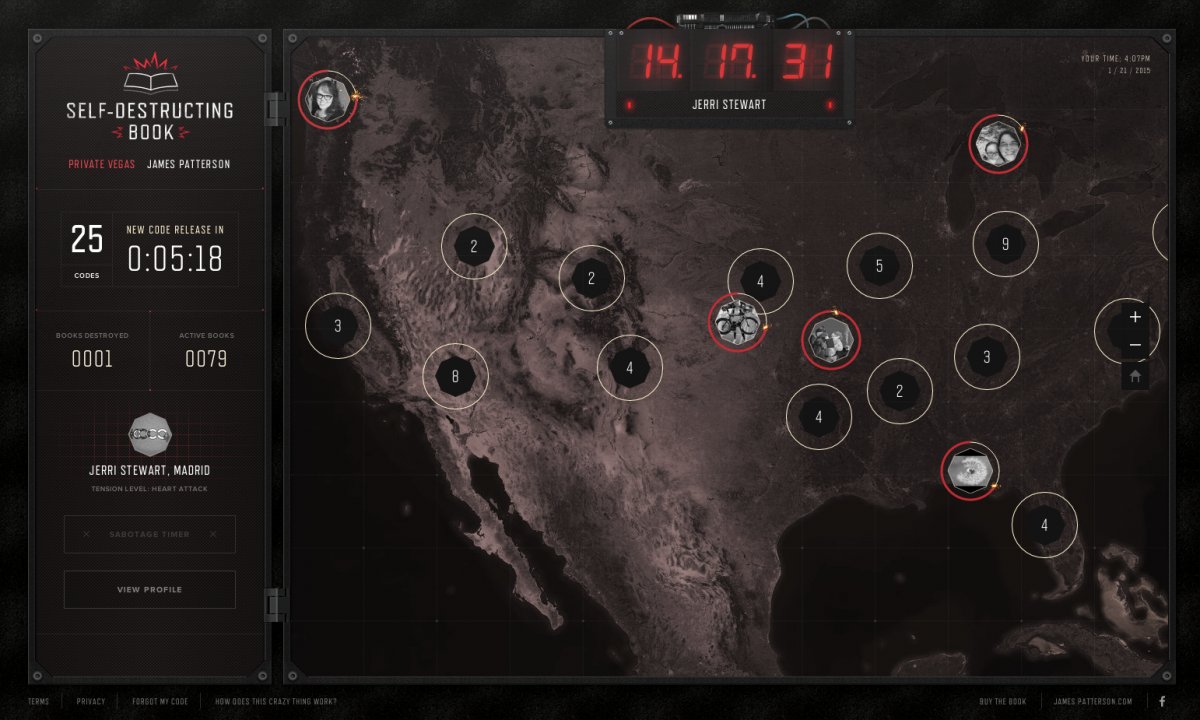 Of course, since this is a marketing ploy, not all the books are that exciting - just one physical book that costs an astounding $294,038 USD. Why would someone pay that much for a book that will disappear? For the experience say the writer and his creative team. That's because the price includes a first-class ticket to an undisclosed location, two nights’ stay in a luxury hotel, a pair of 14-karat gold-plated binoculars to read the book from a distance, and a five-course dinner with the author. Though details of how the book will blow-up are sketchy, the promotional video does suggest that a bomb squad may be needed.

For those that did not have excess cash laying around, the author offered codes for 1,000 e-books that also featured the countdown clock. Though their experience was not as dramatic, the readers definitely got their share of adrenaline rush - that's because in addition to the clock counting down, they were able to monitor the progress of the other e-readers and even sabotage their efforts by stealing their time! 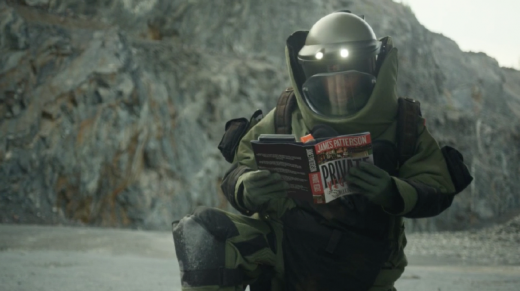 While the physical book is still up for grabs, the e-book codes were immediately snatched up Patterson fans. And in case you are wondering, the $294,038 USD price for the experience does have a special significance - it was the exact cost of the marketing campaign!

Whether this gimmick will help sell more copies of Private Vegas, which was released to bookstores on January 26th, remains to be seen, but one thing is for sure - Patterson has definitely upped the ante for book marketing campaigns!