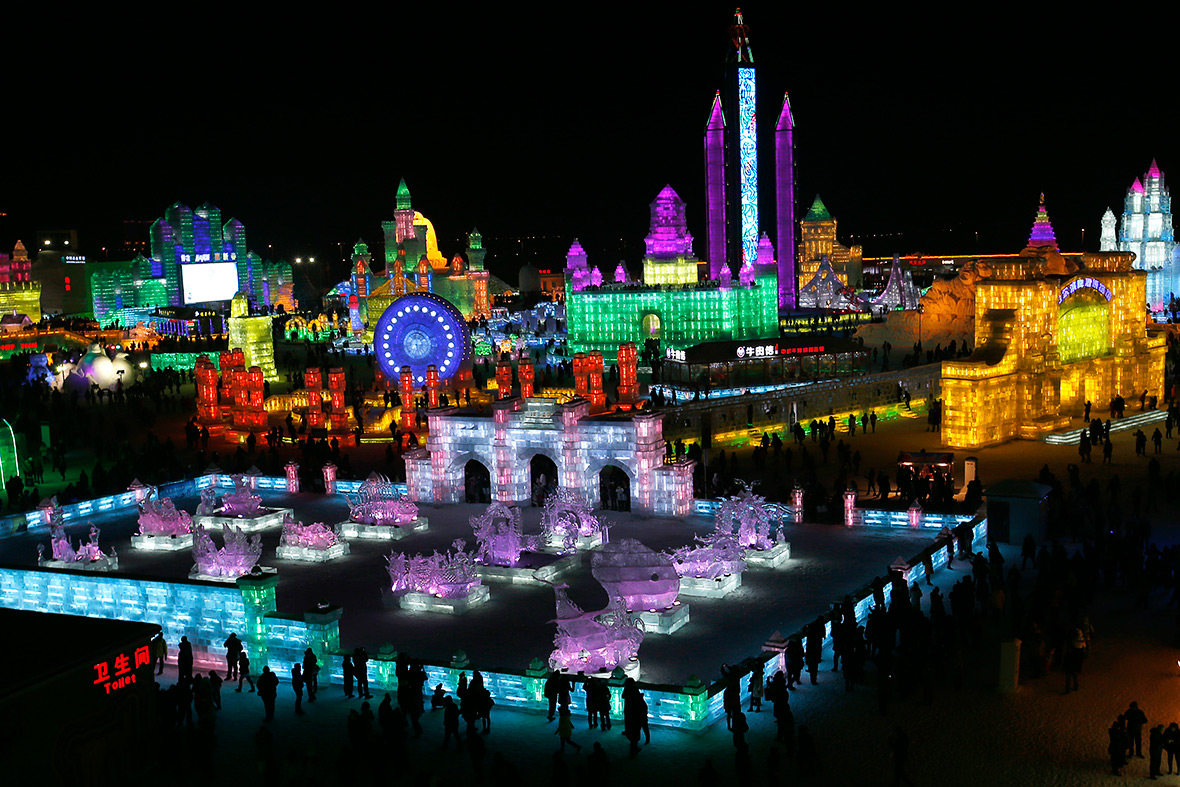 On January 5th, 2015, visitors from all over the globe flocked to the world-renowned Harbin Ice and Snow Festival in Northeast China to admire the beautiful snow sculptures, towering ice castles and intricately chiseled 'snice' (snow & ice) buildings. Now in its 31st year, the annual extravaganza that takes place in its namesake city of Harbin, encompasses an area of about 75,000 square meters and ranks amongst the largest ice and snow festivals in the world.

Work on the fabulous albeit temporary structures begins in late December when sculptors and artists from all over the world descend upon the region. Using ice pickers, lasers, and chisels, they begin by cutting large chunks of ice from the nearby frozen Songhua river and hauling it to the festival grounds. Then begins the hard work - mixing it with the abundant snow and sculpting the incredible masterpieces. 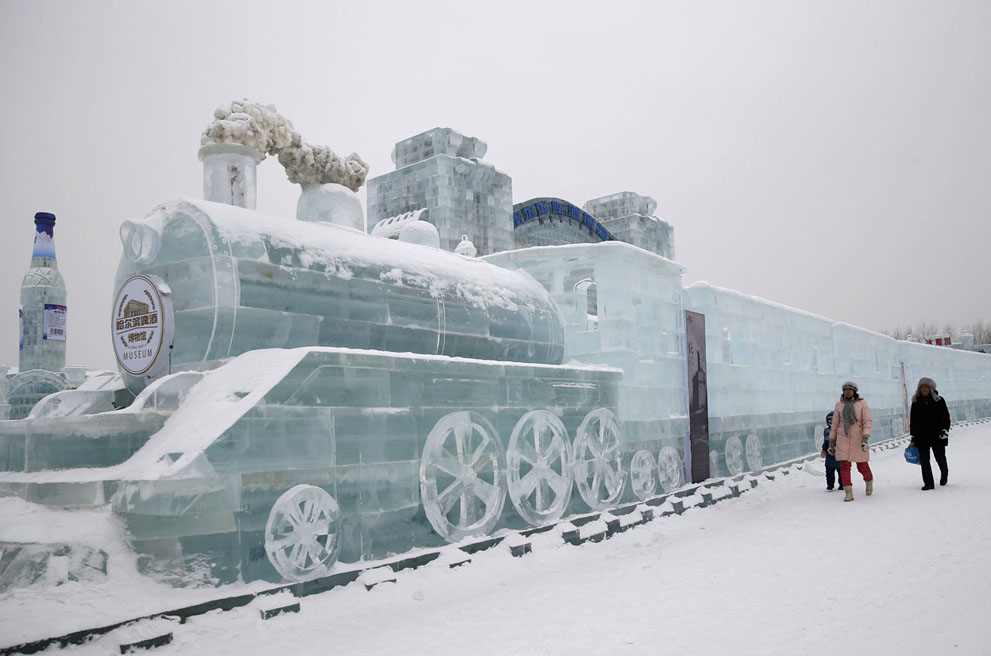 The venue is divided into three distinct sections. The Sun Island Scenic Area features large snow sculptures and is open to visitors only during the day. The Ice and Snow World, which displays life-like buildings and landmarks like the Great Wall of China is accessible all day, but best viewed at night when the area transforms into a magical winter wonderland thanks to the thousands of colorful LED lights that are fitted inside each ice sculpture. Then there is the Zhaolin Park that features fun sculptures like ice lanterns and animals, as well as play structures, all made from ice of course! 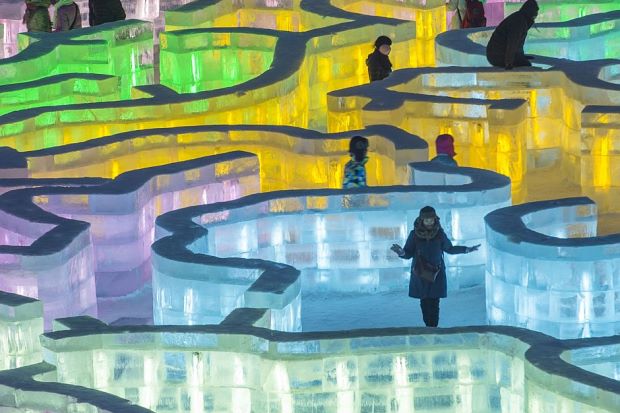 Though the sculptures are always inspired by local fairy tales and landmarks, they are unique each year. Among the highlights, this year is a life-size steam train complete with snowy 'smoke' escaping from its smoke stack, a giant fish sculpture and an ice maze. There is also a massive snow globe that accommodates up to two people and beautifully chiseled high-rise replicas of some of China's finest high-rises that can be explored using stairs or the icy slides that have been strategically carved out along the sides. 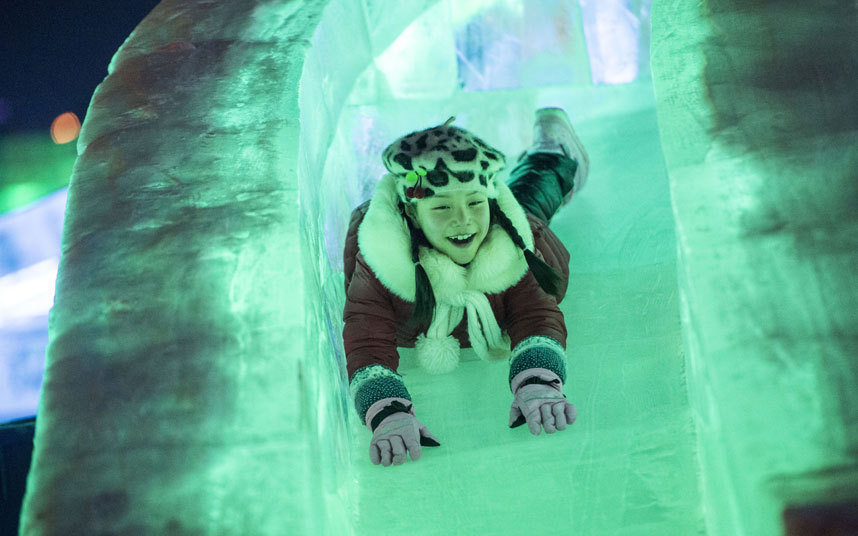 Festivalgoers can either admire the structures by walking around with a cup of complimentary hot tea that is served by numerous stations scattered around the venues or make their experience even more magical by hopping aboard one of the many horse-drawn carriages that are available for a small fee. 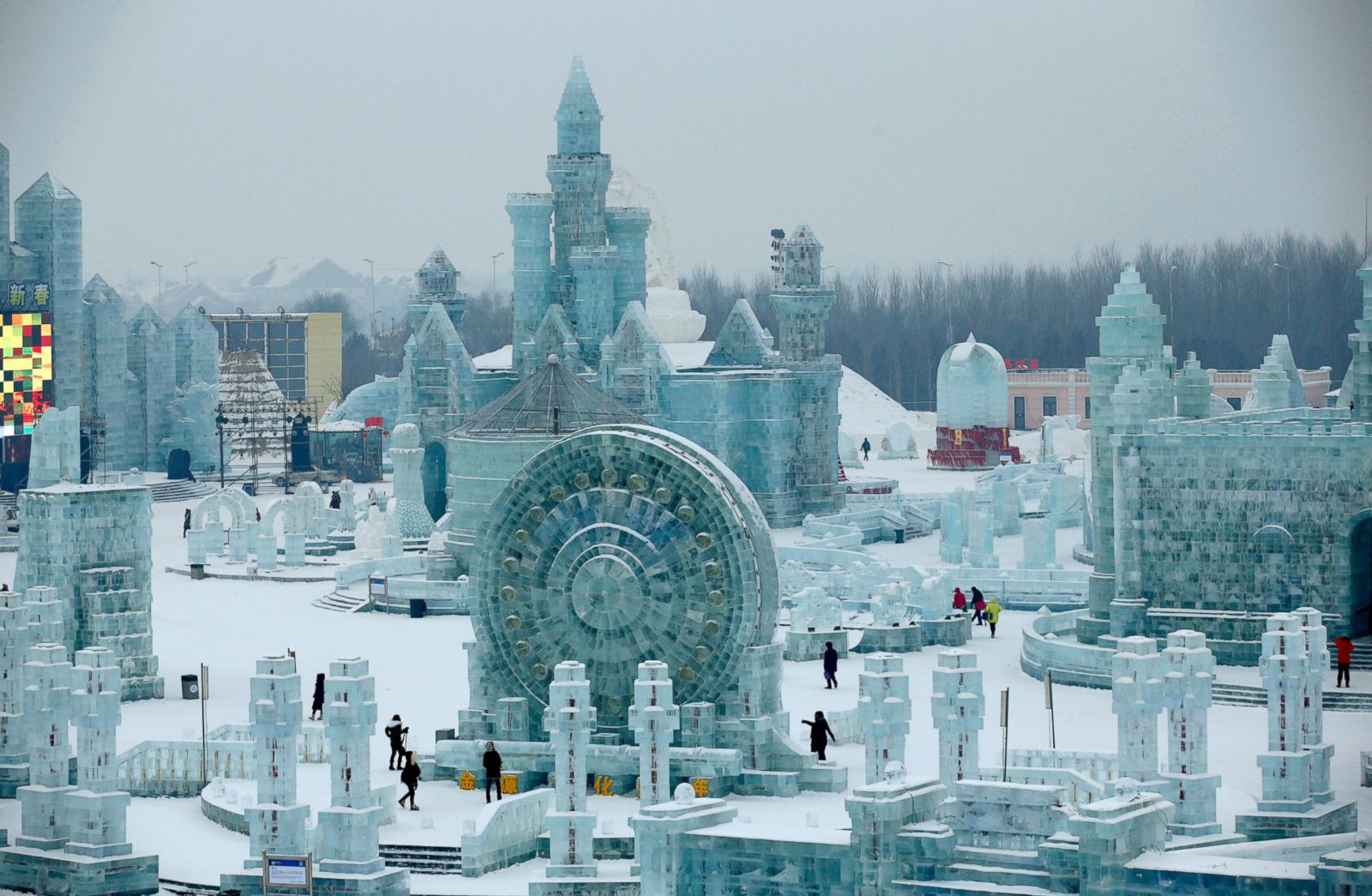 In addition to admiring the sculptures, visitors are also encouraged to participate in one or more of the scheduled events. This year's roster included a Harbin Ice Snow group wedding ceremony. On January 6th, eleven couples from China, Russia, and Egypt braved the below freezing temperatures for a chance to the tie the knot at this magical festival. Still to come, is a "Princess" beauty contest, an ice sculpting competition for both students and professionals, as well as a winter swimming challenge. Visitors can also choose from activities like snowboarding and ice-skating.

The origins of the festival, which will remain open to visitors until February, 28th, can be traced to a humble garden show started by Harbin's residents in 1963. Unfortunately, it had to be canceled shortly after, due to the country's decade-long Cultural Revolution (1966-1976) that banned all such events. While the garden show was resurrected in 1985, the present rendition of the festival has been around only since 1999. 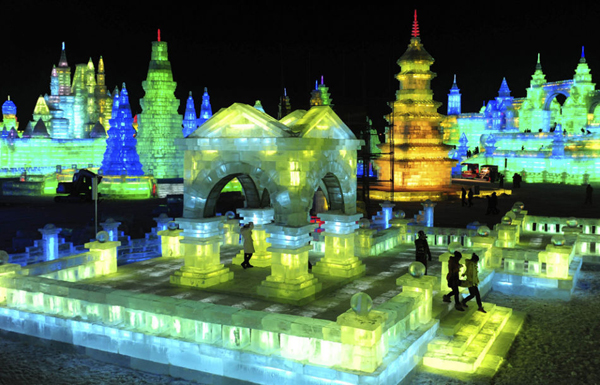 Since then the event has become increasingly popular attracting about a million visitors annually. Not bad for a place that is nicknamed 'Ice City' thanks to its bone-chilling January temperatures that are known to dip as low as -13°F (-25°C).