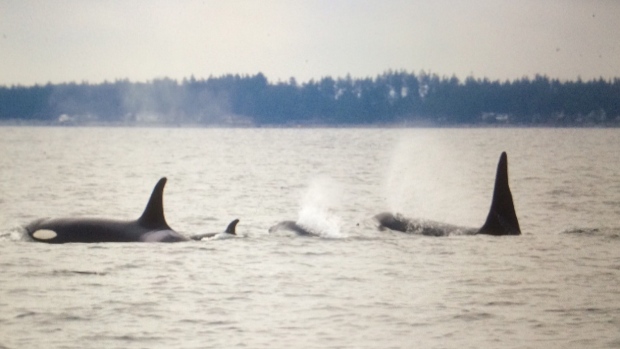 Though the sight of a baby whale is always welcome, the report of a newborn in the group of orcas that scientists call the J-Pod, is particularly exciting. That's because, this batch which is part of the 77-member Southern Resident Killer Whale group (SRKW) that reside off the coast of the state of Washington and British Columbia, has been on the U.S. Fish & Wildlife Service's endangered list since 2005.

The baby that has been named J-50 was first sighted around Puget Sound, a large Pacific Ocean inlet along the northwestern coast of Washington on December 30th, 2014. It was seen again on January 6th, frolicking happily on its belly, off the coast of Vancouver. This time around the researchers managed to get a closer look, which helped them determine that the newborn who they estimated to be eight days old, was a female. That information was particularly heartening to the team that is still reeling from the loss of pod member J-32, a 19 year-old female that died in the Strait of Georgia from a bacterial infection, in early December 2014. 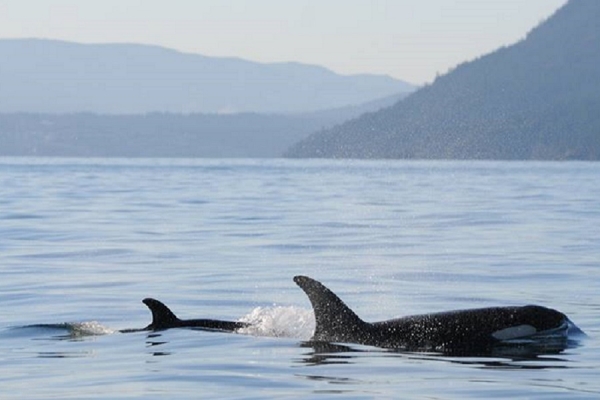 The one thing researchers are not sure of yet, is who the newborn's mother is. According to Ken Balcomb, the scientist who first spotted J-50, she was swimming alongside 43-year-old J-16, also known as Slick. However, the researchers think that the female orca who has three other calves is too old to produce an offspring. They therefore speculate that she may have been babysitting the infant for her daughter, J-36, something orcas are known to do frequently.

Though an up close examination of J-50 would help solve the mystery, the researchers have been unable to do so because since the newborn's birth, the pod has been hanging out in the Strait of Georgia that is known for its hostile weather. The scientists plan to venture closer to the whales for a thorough examination of the baby, once they move to calmer waters. 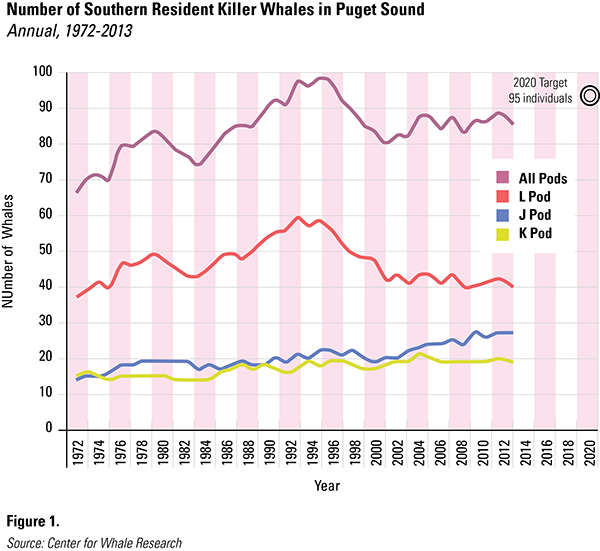 The Southern Resident Killer Whale group (SRKW) has been tethering on the brink of extinction since the last fifty years. The pod's woes began in the late 1960's and early 1970's when more than half of the population (about 40 of them) were taken for captive display - that is to be showcased in marine parks all across the US. Under the watchful eyes of the scientists, the population rebounded to over a hundred whales by the 1990's.

However since the early 2000's, the numbers have started to drop drastically. Researchers speculate the whales may be dying from starvation thanks to the dwindling supply of their primary source of food - the Chinook salmon in Puget Sound. Though plans to reverse the situation are underway it will take some time before the salmon can be fully restored. Meanwhile, they are hopeful that SRKW will learn to adapt to the situation by seeking out other prey.

Orca or killer whales as they are often called, are the largest member of the oceanic dolphin family. As their nickname indicates, they are vicious hunters that use their sharp 4-inch long teeth to take down other large mammals like seals and sea lions. However, they rarely harm humans. The whales that have a lifespan of 50-80 years in the wild, hunt in family groups of 40 or more.

Scientists believe that are two kinds of pods - resident and transient. The former, which appears to be what SRKW is, depend on fish as their primary food source, while the latter, target marine mammals. Easily recognizable by their distinctive black and white coloring, orcas are extremely intelligent animals, which is the reason they are so coveted by marine parks all over the world. Though largely found near cool coastal waters, pods of the majestic mammals have been seen all the way from the warm waters along the equator to the freezing polar regions.

Diary of an Awesome Friendly Kid: Rowley Jefferson's Journal (Diary of a Wimpy Kid)2 reviews
Sign in or Sign Up
for unlimited access to Assignments
Name:
Date: